Creating Frame.io’s C2C Behind the Scenes 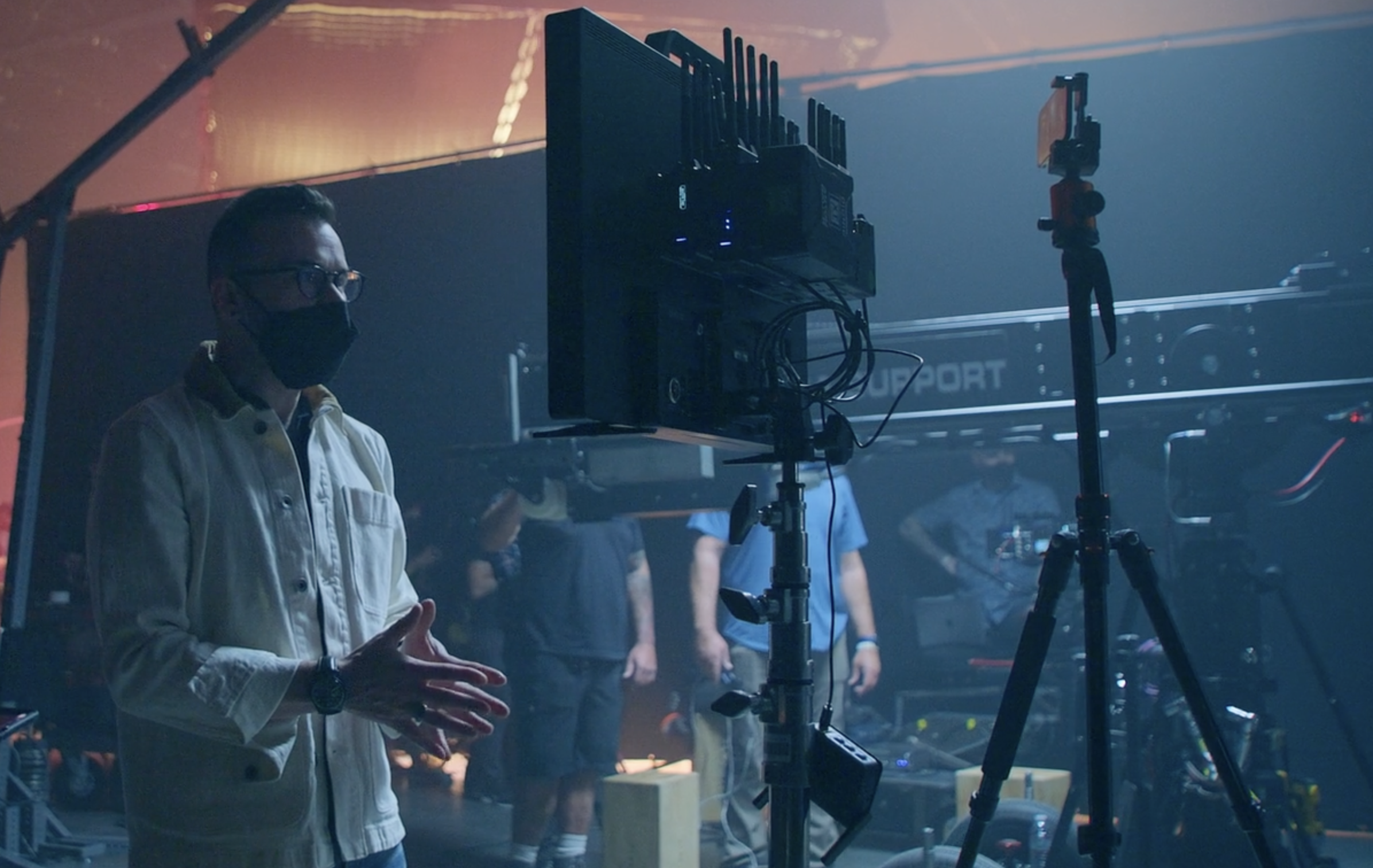 Bleeding edge tech is always beta, and that can either strike fear into a filmmaker’s heart, or inspire them to create something totally new using the tools at hand. This blog is less about the technology itself (see the video above) and more about the greater story of how this tech is influencing the way we create.

Michael Cioni and the Prod Squad (Frame.io’s internal production team that felt more like a family) created a unique concept for their latest Camera-to-Cloud commercial that put the focus behind the camera in a beautiful way. The purpose was clear: show filmmakers what the modern workflow looks like, and they took it one step further by putting their own technology to the test and using it themselves. That’s gutsy.

That’s where we came in, the ‘team behind the team’. Capturing behind-the-scenes for a project that was about filmmakers was one of the most meta experiences we’ve ever had, and it sometimes was tough to tell who was a ‘picture’ filmmaker and who was actually filming with so many cameras flying around; but that’s the point. It felt organic. Natural. A space to create is all filmmakers really want don’t they?

During the production, we were lucky enough to interact with some of the most innovative creatives out there, unafraid to push the boundaries of technology and its relationship with the art of cinema. Becca Doby, the line producer, was firing on all cylinders when it came to anything the production needed, and C2C made her job easier in countless ways. Alissa Rooney, the DoP, was pioneering strategies for how to best use these new tools for other cinematographers and helping put it into their hands. We met Austin Case, an engineer who literally coded the system himself, helping create a product in an entirely uncharted space. And of course Michael Cioni, the fearless leader who pushes this train forward on what feels like pure determination. There are too many great individuals to name in this blog, and they all move together, a unified front with a single goal: pushing the technology that supports the filmmaking process forward.

The flow of a film set is like a well coordinated orchestra, each musician playing their part, reacting to each other, adapting and responding rapidly. That’s the ethos behind Frame.io and Adobe’s goal of improving the tools we use as artists, making the experience better for everyone involved and creating efficiencies. The key to efficiency is intention, and when the intention is clear the team is unstoppable. The less things that are in our way, the more we can focus on our creativity, the stories we’re telling, and the deeper messages within them.