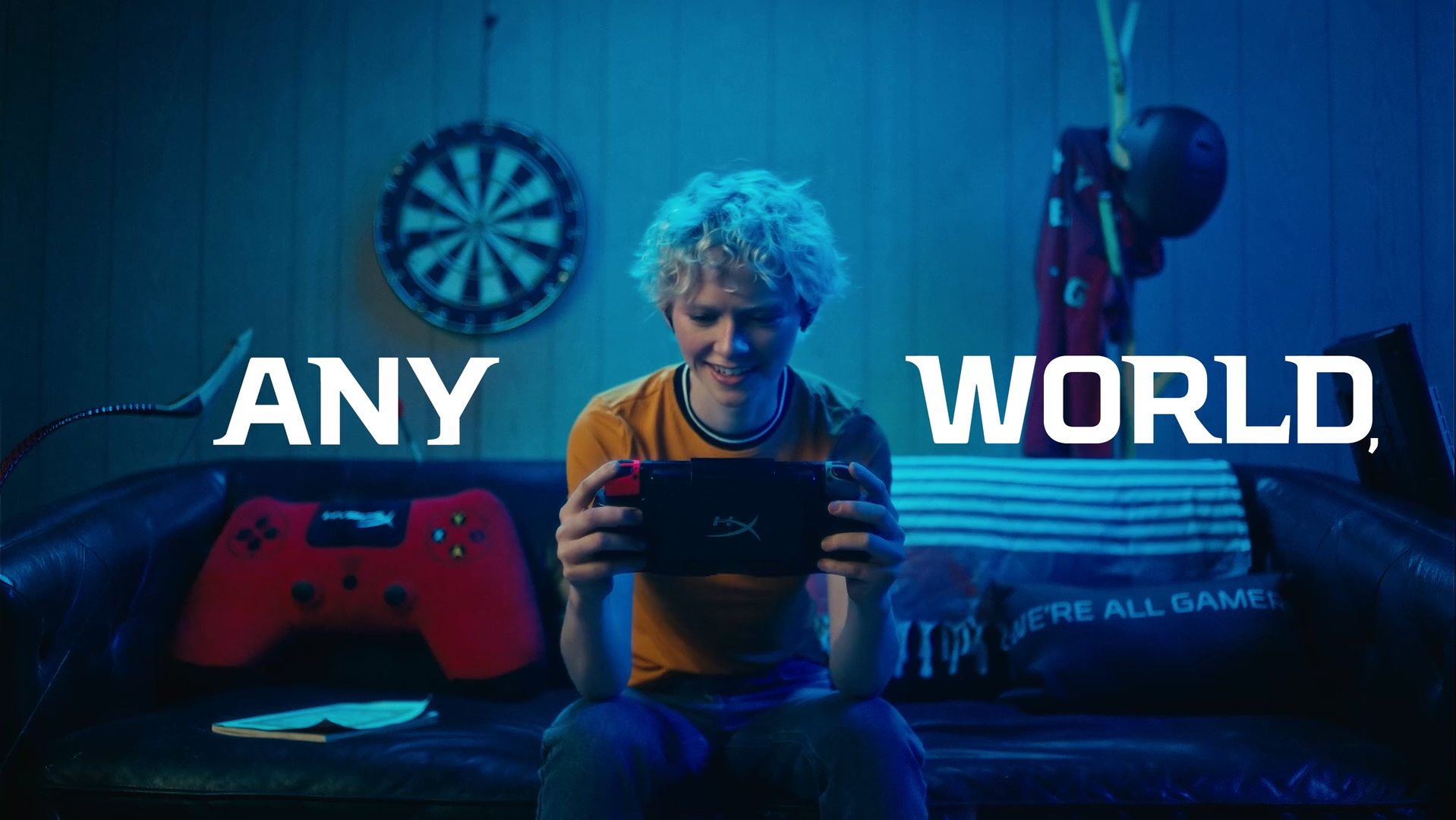 Imagine – you turn on your music, open your eyes, and you’re in a whole new world of fun, fantasy and adventure.

Our latest video for HyperX Cloud MIX Buds is all about transcending reality through the power of sound. And let’s face it, don’t we all want to escape into a whimsical fantasy world sometimes?

We worked closely with the team at HyperX to understand and capture their vision for the piece. They had a strong concept in mind from the beginning, to not only show the power of the product, but also to reflect the personality of their brand. The idea was to create a character-driven story with elements of magic and a quest, not unlike the world of gaming for which the Cloud MIX Buds are perfectly suited.

Once we are locked in on the concept, the question becomes – how do we depict the epic journey without spending a budget equivalent to The Lord of the Rings?

The first step is construction. The task was to build a castle interior, with a practical door leading to a secret garden in the realms Beyond. We collaborated with talented Art Director Kurt Kim and Production Designer Patrick Reidy to build out the set at Independence Studio in Woodland Hills, CA.

Starting from scratch on a project like this is not necessarily easy, but the possibilities that are available when creating a world entirely from the imagination make it worth the extra effort. What could have taken several days to build was erected, captured, and broken down in less than 48 hours. But it wasn’t magic, it was a hardworking and highly skilled team that made it happen.

Next, the hero of our story – an Elven voyager played by the lovely Chloe Milano – needed to undergo her transformation in the makeup chair.

When it came time to roll the cameras, the crew was working together like a well oiled machine. With a clear vision and a specific shot list in mind, Director Trenton Sullivan and Director of Photography Natalia Moscoso got straight to work.

We became immersed in the world of the dark soundstage, and it was almost an escape in itself for us to spend the day within the fantastical world of this set, making movie magic with this excellent, hard working crew.

Of course, once the shoot day was wrapped the work had only just begun. Now it was time for our very own Wizard of Post Production, Jason Mitcheltree, to add 3D visual effects and graphics.

In addition to our go-to 3D software, Cinema 4D and Octane Render, he also used World Creator for this particular project, which allowed him to bring this surreal topography to life. The opening shot takes the viewer above the clouds, for a full overview of the hilltop castle as we fly in, setting up the scene from the moment the story starts.

More than anything, it was a fun day on set and a great team effort. We think that positive attitude shines through in the final product.

And then, when the final global campaign was featured in the center of Times Square, NYC – that was the icing on the proverbial cake. You can see more on Director & Editor @trentonsullivann‘s Instagram:

Check out the final video and let us know what you think!

Flying through the air has been a dream for Peter

Elves may be known for their natural beauty, but c

Any ear. Any world. Anywhere. Super proud of how t

Getting some closeups of @hotburrito1's incredible

If you didn't document with a full camera crew, di

We're in awe of the artistry and humanity that is