The 4th episode of the "Think Bold" series with Insta360 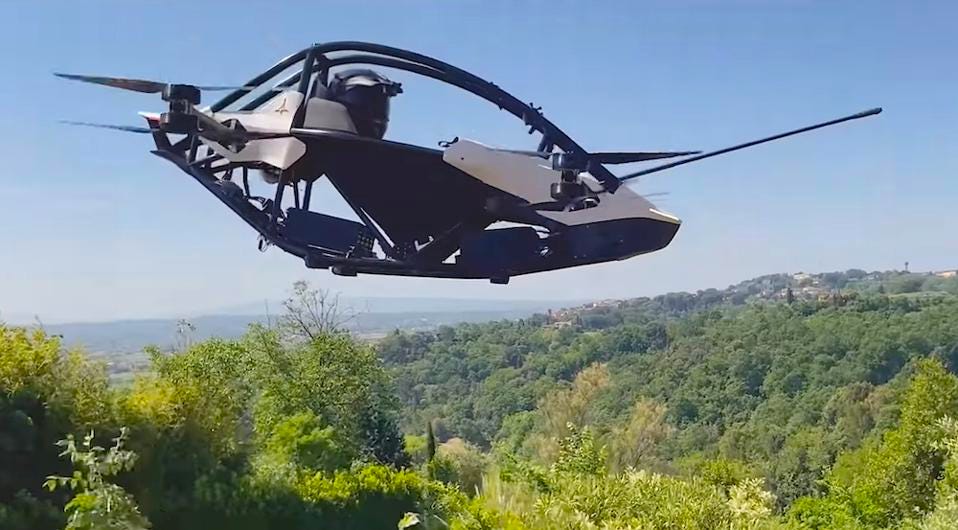 Tucked away in the gorgeous, unspoiled hills of Santa Maria a Monte in Tuscany, Italy, a pair of inventors is creating something revolutionary.

Peter Ternström and Tomasz Patan founded Jetson in 2017, and they have created the first commercially available personal electric aerial vehicle that you can own and fly.

Peter had dreamed of building a flying car since the 80s, when he saw Star Wars: Return of the Jedi for the first time. And he wasn’t alone – the idea of a personal flight vehicle has captured our imaginations in popular culture, fiction, and the world of science and technology for a long time. Let’s be honest, who doesn’t want the power to fly?

In some ways, the idea of cars speeding along airways, rather than freeways, seems to have been adopted into our collective consciousness as a symbol that “the Future” has arrived – and so it has.

You can’t achieve liftoff without thinking outside the box. Tomasz spent a lifetime contemplating the nuances of personal flight, starting in childhood looking up at the clouds. He was more focused on creating model helicopters and airplanes than the traditional subjects he was studying in school.

When Tomasz and Peter – both originally from Sweden –  discovered their shared vision to make the dream of personal flight into a reality, they began working on a prototype drone. It was just an experiment, to see what would happen. But with each iteration, possibilities began to present themselves.

By January 2018, they had a working prototype. And in February of that year, the Jetson Aero Speeder completed its first manned flight. It was no longer just a dream.

It took time, investment, and a relentless passion to get to that first day out in the field of the Tuscan countryside when Tomasz and Peter had their first successful flight. Beyond the fruition of their hard work, Tomasz describes the feeling of his first takeoff –

“I don’t remember how that happened, or what happened, I just remember it was an amazing feeling of just your body becoming almost weightless” – Tomasz Patan, Co-Founder

Cut to 2022 – Not only is the personal flight vehicle a working reality, it’s available to the public and giving others the ability to experience that thrilling feeling of soaring freely through the air. Designed as a racing car for the sky, it can reach speeds of up to 100 km/ hr, and unlike other aircrafts that would require a pilot’s license, it’s easy enough that anyone can learn how to use within 5 minutes.

When our team at Origin Point heard about this groundbreaking tech, we were excited at the prospect of capturing the action firsthand. Our crew spent time with the Jetson team in Santa Maria a Monte, where they were more than gracious hosts and showed us the ins and outs of their workshop and operations.

Working in collaboration with Insta360, we were able to capture shots of the Jetson ONE in action like never before. This was a perfect addition to the ongoing “Think Bold” series, which features creators that think outside the box and push boundaries.

We used the Insta360 ONEX2, mounted on the Invisible Selfie Stick to capture unobstructed 3rd person views while in-flight. No other camera system can offer the variety of angles, and the smooth footage thanks to built-in FlowState Stabilization. Not to mention, the lightweight nature of the camera meant that there were no complications due to weight or balance, as could have been the case with a heavier rig.

So, next time you are under the Tuscan sun, don’t forget to look out on the horizon to see if you can spot a glimpse of the future.